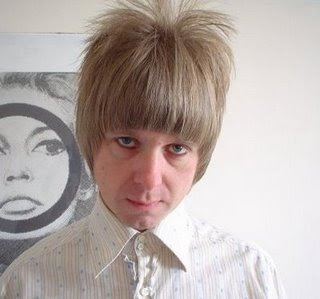 Here's an excellent, insightful, and thought-provoking new post from cryptid-hunter, author and good mate, Neil Arnold, titled On the Trail of the Big Cat...Researcher

"Since I was nine years old I have believed in monsters; whether they be the nine-headed hydra from fantasy films or hulking, hairy humanoids said to roam the wastes of Tibet.

"I’ve always wanted to hunt for these mysterious creatures and, in 2007, I realised my dream when, after twenty-years of research into reports of exotic cats in the countryside, I gave up the day job to pursue them.

"Before that I was Mr 9 to 5, stuck in a job. Despite several fantastic encounters with large cats and a handful of similarly terrifying incidents the job came first. I can tell you that there is nothing as precious as experience and nothing more satisfying and rewarding than actually seeing a big cat in situ.

"As a child, I used to read about how flying saucers were visiting the planet. I thumbed many a book and magazine on the UFO subject and was astounded by the number of researchers who were rather less than they seemed; they spent more time bickering and squabbling than actually getting out there and investigating!

"After about a year of this I gave up, bored by the UFO community and the ‘anoraks’ within it who’d spent a lifetime behind a typewriter, then a computer screen telling us what could and couldn’t be. They formed a clique, a group of self-proclaimed ‘experts’ who gave Ufology such a bad name that today it is viewed as a hobby less appealing than train-spotting.

"Fast forward to the 1980s and reports were circulating of several sheep being slaughtered on the moors of the West Country. Big Cat Fever had hit the nation and the headlines for real, even though twenty years before the Surrey ‘puma’ had captured distracted the attention of journalists.

"The ‘80s was a time when everything seemed sincere. Naturalists and zoologists were genuinely befuddled by elusive felids roaming the countryside. Such was the novelty of this mystery that no-one really thought about the possible future implications. At the time I was a teenager excited by the possibility that some kind of huge cat was prowling the woods at the back of my home. I took it upon myself to investigate...

"I traipsed across treacherous and foggy marshes, clawed my way through brambles, thickets and thorny. I was shot at, threatened by mysterious cults and, although I always despised the music of U2, I sympathised when Bono yelped, 'But I still haven’t found what I’m looking for.' Those words rang true through my soul.

"To become a full-time author, speaker and researcher into sightings of big cats around Kent, Sussex and London has been a privilege. I have been fortunate to have seen, at the time of writing, a black leopard – quite possibly the same individual on three occasions. I have also seen a lynx which took two years to track, as well as a puma and a smaller cat I couldn’t identify.

"Despite this, in all my years of research there is one thing I have yet to find; another decent researcher who can wrench themselves from the anorak brigade, throw away their toys, and get on with an investigation.

"I have known several researchers over the years who have dedicated a lot of time to studying large cats in the wild. Many of these have given up the ghost, either bored by the petty politics that seems to come with the territory, or simply fed up of being the brunt of so many ridiculous comments so that their once hardened shells have crumbled. Big cat research in the late 1990s and now, is no different to Ufology.

"It is a situation involving fickle individuals, many of whom sit behind PCs and say what can or cannot be. Many refuse to speak to others outside their clique. Others are so desperate to see a cat that, in their impatience, they flit around the countryside like some speeding nomad, quite sure that the cat they are seeking may be toying with them. These elusive researchers exist on jealousy. They are green with envy of others to the extent that they require no camouflage to hide in the local woods.

"Tragically, research into big cats will never really become respectable unless the government, or other official bodies, get involved full-time. If they do, they won’t require the help of local researchers.Genuine researchers seem far more elusive than the cats themselves.

"As with Ufology, I have become so disillusioned by the situation that my best advice to a budding big cat enthusiast is to stick to your guns, work alone, keep your head low and dig in. You’ll uncover a treasure trove of information that hopefully you can one day leave behind so that others may learn.

"It doesn’t need a front page of The Sun or ITN News coverage to make you better or more genuine explorer than anyone else. You don’t need to become part of a clique, or to become an anorak adorned in camouflage, whilst clutching your cuddly toy panther, to become a good researcher.

"In a world with an 'every man for himself' attitude, I’ve always found it best to do my own thing and just get on with it. True, some people don’t like this or my views, but it is always amusing to watch them squabbling and bickering, running around as if the ‘mystery’ owes them something.

"At the end of the day, it seems as if everyone wants that close up photograph, or even that dead specimen to say, 'Ner-ner-ner-ner-ner, I’ve got a better one than you'. Yet, the realisation is this; these cats will outlive us all. They were here before us, and if it wasn’t for them most of the people out there trying to see one wouldn’t have such a hobby.

"This is not a perfect world and there will never be a coming together of investigative souls, because there are too many egos at work. I guess that is what makes, or should I say, relegates the British ‘big cat’ situation to nothing more than a more modern version of Ufology. Stake-outs, conferences, shouting matches, accusations, petty politics.

"Remember this; it doesn’t matter how many Zoologists you know, or whether your dad is an expert tracker, your own sighting will come with perseverance, patience and a little modesty.

"This article is not a war cry but simply a way of encouraging people remove the trappings, to take off the war-paint, look in the mirror and ask whether, for them, there is any difference between UFO-spotting and ‘big cat’ watching. There should be a huge difference! The latter is, supposedly, the study of exotic felids roaming the country, not a Crypto version of Professional Wrestling’s Royal Rumble.

"One theory thrown over the top rope, one researcher quitting after being bullied, one accusation spat at an old friend! The fight ends when there is no-one left in the ring and the title they are all fighting for slinks off back into the shadows and awaits the next clique - off stage in a locker room donning more camo-face paint and slipping on the anoraks..."
Posted by Nick Redfern at 11:32 AM

I love the dedication, sacrifice, and energy Arnold brings to what he does. I couldn't do half of what he does but I'm glad there are some people out there that can.

One meaningless question---was he trying to channel Malcolm McDowell when that photograph was taken??? He flashed into my mind when I saw it. Couldn't help it. :) :) :)

(If you're reading this, Neil, I meant nothing by that. I've been told I look like a lot of people on first meeting. No harm meant.)

I admire Arnold's dedication to cryptozoology and his willingness to turn his back on his old life to follow a totally new path. Commendable.

One question---
Neither here nor there---
Is Arnold deliberately trying to channel Malcolm McDowell in that photograph? I'm sorry, Nick, but when I first saw it an image of McDowell as "Alex" flashed through my mind. I thought, "Oh, great, a little bit of the old ultra-violence is needed here." :)

If Arnold is reading this---didn't mean anything by this, Ok??? Just couldn't help but think that thought. Sorry in advance, Nick.

Hey Cryptidsrus, I'll take that as a compliment, I love 'A Clockwork Orange', but this is how I normally look ha!