I've noticed over the last few weeks that the British media have been giving much more attention to the issue of "out-of-place" animals in the British Isles.

In part, this has resulted from this recent sighting of a wallaby on the loose in the county of Cornwall.

It often comes as a surprise to people when they learn that Britain has a number of thriving colonies of wallabies (for more info on this, see my Lair of the Beasts article at Mania.com); but they're definitely there.

And, over the last few days I have been sent various news articles from both regional and national newspapers in Britain that have done a good job of highlighting the rich diversity of wild animals in the country that, under normal circumstances, should not be there, including parakeets, scorpions, Chinese water deer, snapping turtles, coatis, and much more.

And, I say: long may all-things exotic make Britain their home!
Posted by Nick Redfern at 5:29 AM No comments:

Check out the new YouTube promo-video for the Boggy Depot Bigfoot Conference, at which me and Ken Gerhard will be speaking in October. All the info on date, location, etc can be found in the promo.

Posted by Nick Redfern at 11:07 AM No comments: 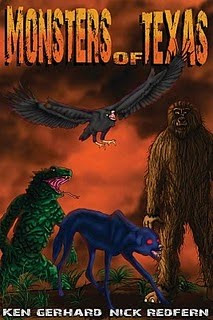 If you're in the UK, you can purchase the book by clicking here; and if you're US-based, click on this link.
Posted by Nick Redfern at 7:57 AM No comments:

As some of you will have noticed, I have been offline for 2 weeks. My mother died in the UK on Wednesday, June 9, after having suffered from Alzheimer's for 15 years. Me, my wife Dana, and my dad Frank, would like to extend our deep and sincere thanks to everyone who contacted us to express their condolences and sympathies.
Posted by Nick Redfern at 7:50 AM 2 comments:

Over at Ghost Theory.com, there's a new post on the Scottish equivalent of Bigfoot (or some form of paranormal entity, depending on your own opinion of the evidence, of course!), which can be found right here.

And, in one of those weird little synchronicities that occur from time to time, Loren Coleman tells us about a new movie about to be made on the very same critter!
Posted by Nick Redfern at 11:07 AM No comments:

A cringe-worthy title indeed! But it aptly sums up Lindsay Selby's latest: on the monster of Scotland's Loch Awe...
Posted by Nick Redfern at 2:23 PM No comments:

Michael Newton has an excellent (and very lengthy!) new post that essentially poses the question: are the creatures of Loch Ness still amongst us? Or have they all gone the way of the Dodo? Let's hope the former...
Posted by Nick Redfern at 2:07 PM No comments:

Simon Wyatt is a friend and highly skilled artist living in Wales who has a series of graphic-novels coming out in the very near-future that are sure to be of great interest to anyone and everyone who reads this blog, and who has a fine appreciation of spooky woods, glowing-eyed monsters, and dark tales of a truly infernal variety.

I have written a blurb for the first volume of Simon's latest series of graphic-novels (titled Unbelievable: The Man Who Ate Daffodils), and which will be published later this year by Insomnia Publications.

You can find out more about Simon's work right here.

And in the meantime, check out this video from Simon that gives you an insight of what's in-store...

Bigfoot and the Government

Over at Phantoms and Monsters you can find a fascinating new article that deals with the possibility that elements of the U.S. Government (or military) have in their possession the corpses of one or more Bigfoot. And, for the enterprising researcher that may want to dig further into this aspect of the Sasquatch mystery, there are plenty of leads and sources to follow up on!
Posted by Nick Redfern at 8:42 AM No comments: 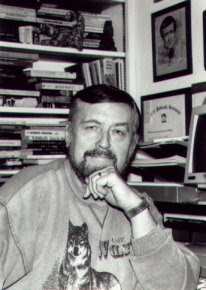 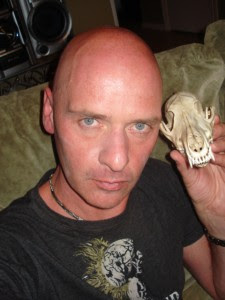 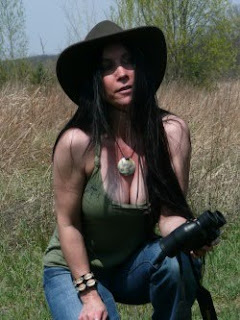 ABOUT RAVEN MEINDEL:
Raven Meindel runs the blogs Raven’s Crypto Haven (http://www.cryptoraven.com/index.html) and Raven’s Mysterious Haven (http://ravensmysterioushaven.blogspot.com/). She has appeared on the History Channel’s Monster Quest, and is the Michigan representative of the British-based Center for Fortean Zoology - a full-time group dedicated to the investigation of unknown animals, such as the Abominable Snowman, the Chupacabras, and the Loch Ness Monster - and has written for the CFZ's in-house magazine, Animals & Men.
Posted by Nick Redfern at 10:14 AM No comments:

Neil Arnold alerted me to this story from Britain's Daily Mail newspaper on British big-cats...
Posted by Nick Redfern at 7:11 AM No comments:

Lindsay Selby delves into the world of yet another weird beast of the water:

"The Nyaminyami is a river creature who lived in the Zambezi River and controlled the life in and on the river. It is worshiped by the Tonga people. Said to be a dragon like creature with a snake's torso and the head of a fish. The tonga claim sightings of this creature in the Kariba lake. The lake is known for the tigerfish that dwell in it’s waters but there are over 40 fish species that live in the lake including nkupe, chessa, bottlenose, vundu, barbell and several types of bream. So the waters are very fertile and probably enough to feed a dragon!"

And Lindsay continues her article right here...
Posted by Nick Redfern at 7:07 AM No comments: