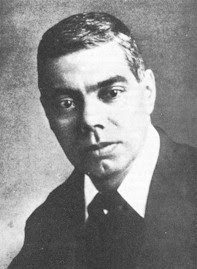 Some of you may be aware of an old, notorious case that occurred many-a-moon ago in my home-country of England - and actually only about 2 miles from where I used to live.

Some less-than-informed researchers have likened it to an early animal mutilation case. But, in reality, it had far more to do with human unpleasantness.

What am I talking about?

I'll tell you: the infamous "horse-ripping"/"slashing" saga of one George Edalji, who was jailed for seven years in 1903 for savagely mutilating horses in the village of Great Wyrley. A solicitor, George (the son of an Indian Christian convert and a parish priest) was ultimately released from prison in 1906.

But now, more than a century on, letters from George's sister - Maud - have been uncovered at the University of Texas that offer a startling insight into the events that surrounded his conviction.

In the letters, written to BBC broadcaster and writer Hesketh Pearson in 1956, Maud offered her view that racial prejudice on the part of the police chief involved in the investigation led to George's conviction. And Maud refuted claims that the family was shunned in the village after the horse attacks.

Maud wrote: “My father and mother did very good work in the parish and were very much beloved by the parishioners. I have been to Wyrley many times since my father was vicar there and always get a good welcome from the people. I always felt that colour had a great deal to do with the Chief Constable’s attitude.”

So, if George wasn't the culprit, then who was?

For that possible answer, click right here...
Posted by Nick Redfern at 9:04 AM

My new book 'Outrage: The Edalji Five and the Shadow of Sherlock Holmes', Vanguard Press, 2010, should leave readers with no doubt about my answer to your question!

My book 'Outrage: The Edalji Five and the Shadow of Sherlock Holmes', Vanguard Press, 2010, should leave readers in no doubt about my answer to your question!