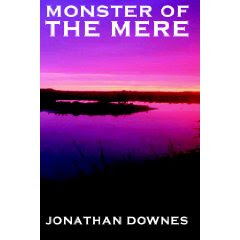 As is always the case when I've been away for a week or so, the biggest challenge relates to catching up on everything! And, of course, there's a lot to relate.

Firstly, from The Anomalist (which one and all should be checking out every day!) we have the following:
Bigfoot in New Jersey The Paranormalist. John Carlson is a New Jersey resident, husband, father and self-employed web designer. He's also an avid student of all things that have a hint or two of high strangeness. Carlson runs a blog dedicated to everything of an anomalous nature, such as this tale of the night his wife heard what might have been a Bigfoot near Lake Owassa in western New Jersey.
Patterson's Little Known Death Bed Confession Cryptomundo. Loren Coleman, following the recent Texas Bigfoot conference, reveals a revelation from one of the two principals responsible for the remarkable 1967 Patterson-Gimlin Bigfoot film.
New Moon Rising: Return of the Werewolf The Independent. "If vampires are popular, it follows that werewolves must soon arrive." So says bestselling author Brad Steiger whose The Werewolf Book led noted reviewer Stephen Applebaum to call on Steiger for opinion as moviemakers seem to be turning from the vampire genre to the werewolf genre in soon-to-be released films.
Bigfoot Believers Gather in Felton Santa Cruz Sentinel. A meeting over the weekend, put together by Michael Rugg of the Bigfoot Discovery Museum in Felton, CA, brought a host of Bigfoot researchers and aficionados, as well as the just plain curious, to the museum and the town community center in Felton.
Meanwhile, in the town of Seligman, "Java" Bob Smallsback of Searching for Bigfoot, Inc., has arrived to begin researching claims by a man building a cabin nearby that he had twice sighted the elusive creature. Smallsback says he was able to track the creature, finding a "fingernail" where he believes it stubbed its toe, as noted in Reported Bigfoot Sightings in Northern Arizona.
Mike Dash reviews the 1935 work of poet R. L. Cassie in which Cassie describes monsters he says inhabit the lochs and rivers around his home in Achanalt, not far from Scotland's Inverness. Did Cassie really observe creatures up to 900-feet-long? Or was he intent on presenting information so outlandish it would resound against the tales of the Loch Ness Monster reports that had captivated the world a few years before? You'll find Dash's report at The Monsters of Achanalt.
The True Story of the Boar Man of Seminole Woods! Cryptozoology Online. A Florida resident reports on a mysterious and frightening encounter he and his date had while driving through an area known as Seminole Woods in Palm Coast.
Moving on from The Anomalist's treasure-trove of stories of the last few days, there's good news from Richard Freeman over at the CFZ office in England. Both Rich's book Dragons: More Than A Myth?; and Jon Downes' Monster of the Mere book are finally available for purchase in the US for the first time. Here's the Amazon link to Jon's title; and here's the link to Rich's.
Posted by Nick Redfern at 1:41 PM

I had never heard the Patterson/Gimlin "deathbed confession/apology" story. Thanks for pointing the way!

"Java" Bob of Searching For Bigfoot, Inc.'s last name is actually Schmalzbach, however. Not that it's your fault, since the story you linked to had it wrong. And I only know because I've interviewed the guy! In fact, I'm still waiting for him to donate some books to me for Strange Frequencies Radio giveaways. Hmmmm....