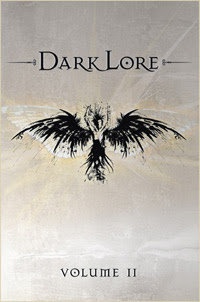 Last year, I wrote a chapter on UFOs for the first volume of an ambitious and exciting project that was the brainchild of Greg Taylor of the Daily Grail. It was called Darklore.

Well, I'm very pleased to say that Darklore Volume II has just been published; and, as with the initial volume, it's packed with fascinating material and contributions from a wide variety of writers, authors and researchers.

Here's Greg to tell you more:

"Darklore is a journal of exceptional observations, hidden history, the paranormal and esoteric science. Bringing together some of the top researchers and writers on topics from outside of mainstream science and history, Darklore will challenge your preconceptions by revealing the strange dimensions veiled by consensus reality.

"Featuring contributions from Stephen E. Braude Ph.D, Nick Redfern, Jon Downes, Blair Blake, Theo Paijmans, Michael Tymn, Greg Taylor and many others, Volume 2 of Darklore offers only the best writing and research from the most respected individuals in their fields.

"In Darklore Volume 2 you'll find discussions of subjects such as the occult underpinnings of modern rock music, the origins of the Illuminati, hallucinogens and witchcraft, DMT and the occult, and much more.

"Find out more about the book - including free sample articles - at the Darklore website: darklore.dailygrail.com"

As for my own particular contribution, it focuses on that most mysterious of all locales: Loch Ness, Scotland. But the story has a twist to it. Rather than dwell solely upon the world's most famous monster, Nessie, I have highlighted the illuminating fact that the beast is merely one of many mysteries that dominate the loch and its immediate surroundings.

For example, in my chapter, titled What Lies Beneath..., you will find reams of data on (a) the Great-Beast of Boleskine House (Aleister Crowley, in other words, who had a home at Loch Ness and who got up to all sorts of antics while in-residence); (b) sightings of strange creatures in the loch that specifically fall outside of the standard long-necked and humped-variety; (c) shape-shifters and warlocks in the area; (d) UFOs seen soaring over, and Men in Black roaming around, Loch Ness; (e) eye-opening synchronicities; (f) exorcisms; (g) repeated examples of cameras mysteriously jamming when the monster surfaces from the dark waters; (h) encounters at the loch with big-cats; and (i) even reports of creatures that sound very much like the fairy folk of old English folklore and legend.

In other words, and as I point out in the paper, the Loch Ness Monster is merely one of many Fortean puzzles present at that huge body of dark water.

And, of course, this raises an intriguing question: with so much high-strangeness afoot at Loch Ness, does this mean that the monster itself is not what many assume it to be - namely, a flesh-and-blood beast of undetermined origins and type?

As I note, yes, that may very well indeed be the case.

The whole affair of the Loch Ness Monster is not just strange. In many respects, it's just too strange...
Posted by Nick Redfern at 6:13 AM