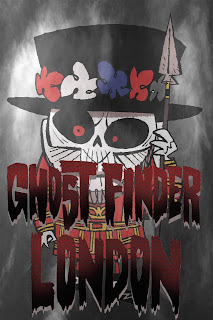 As many of you will know, Richard Holland used to be editor of Britain's Paranormal Magazine before it very unfortunately closed down last year. And it was also a publication that covered Cryptozoology to a very significant degree.

Well, Richard is now back with a new venture, and here he is to tell you all about it!


There’s an app(arition) for that!

Ghost Finder London is the new application for iPhone that allows users to locate and read about more than 300 haunted locations throughout Central and Greater London. Each site has been meticulously plotted on Google maps, tied in with the individual phone’s GPS. The database has been researched and written by Richard Holland, former editor of Paranormal Magazine, author of five books about ghosts and editor of www.uncannyuk.com, a website devoted to ghosts and folklore in Britain. 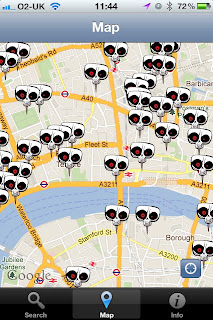 The database has been arranged alphabetically by district but can also be searched for key words and location name. The user can also access the information on each site one at a time by pressing the location-finding ‘pins’ on the map. By pressing the compass symbol, they can find the nearest spooky site to their own position. The detailed maps can then be used to hone in on the precise co-ordinates or expanded to show the number of haunted locations in the chosen area.

This is the most comprehensive gazetteer of haunted sites in London available digitally or in print. You’d have to buy a good many books to gather the same information. Ghost Finder London is available for download at just £1.99, less than the price of a pint in a haunted pub.

Many of London’s major attractions are haunted but so too are hundreds of less well-known locations, including pubs, parks, theatres, churches, roads and railway stations, to say nothing of the many obscure houses in quiet back streets. All have been precisely mapped on Ghost Finder London, making it a frighteningly good resource for Londoners and tourists alike.

Operation is intuitive and easily navigated. The application has been developed by iflowstudios. Ghost Finder London is also enhanced by the fun graphics provided by one of the UK’s most sought-after illustrators, Jonathan Edwards (www.jonathan-e.com).